Posted on November 6, 2018 by julianstodd 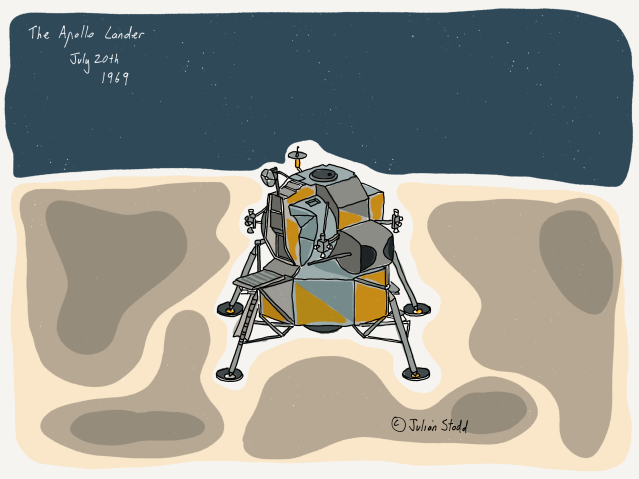 It was built to fail. Not collectively, but comprehensively, in small ways, throughout. It was built with a clear understanding that not every bolt would hold, every pump activate, every electrical circuit fire. It was built with layers of redundancy, and a belief that failure would not cascade through the system. And it was done right: it’s one of the safest rocket systems every designed. Failure occurred, but rattled around within the systems, every time it flew, rather than aligning, and cascading.

Next year marks the fiftieth anniversary of the Apollo landing, and today, i’m sharing an illustration. I’m considering writing a short book about the lessons of Apollo, sharing some of the key moments of the programme, and considering it’s wider impact and legacy.

One aspect of the Apollo programme really stands out for me. It was not a matter of understanding complexity within a known system, but rather a case of creating the complex system. This is nowhere more true than in the systems of codified activity that made up mission control. Today, mission controllers operate in a known discipline, but back then, there was no paradigm of what mission control was, or how it would ‘control the mission’. Operating as a structured spaces of pre-thinking, able to respond, guide, and react, at speed, it meant an evolution in the nature of, and relationship with, knowledge, and the creation of systems of risk, consequence, and operation, hitherto unknown.

The first boot print that Neil left on the moon is the moment that we remember. But the effort required to make the boot, and get it to the moon, is the most fascinating story to uncover.