Posted on January 6, 2015 by julianstodd

A somewhat unfair media reaction today to Mark Zuckerberg’s assertion that books can be great, “allowing you to fully explore a topic and immerse yourself in a deeper way“. I’m all for books all for people who espouse their virtues: to mock them seems churlish at best, with a distinct hint of glasshouses and stones. 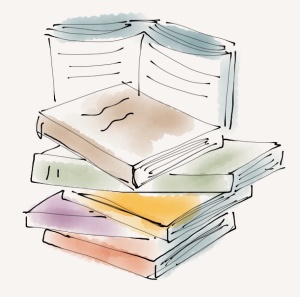 Many older people and many organisations struggle to reorient themselves to the realties of the Social Age, with it’s evolved relationship with knowledge and the redundancy of so much that we thought would last forever: until that leap forward has been taken, it would be unwise to patronise or belittle someone who led the way and is choosing to look back and reflect.

Of course, i’m all for the internet too. And technology in general. And communities. And agility.

Horses for courses. Some books are great, some are dreadful. Sometimes Wikipedia is my best friend.

At Christmas the conversation turned to taxonomy. A debate with mother about the Linnaean system. We withheld the temptation to Google it and tried instead to think. Which worked for a while until we came up blank. The encyclopaedia was dutifully dusted off and fetched from the bookshelf, with it’s page of text and images about Linnaeas and his lists. Then we cracked and hit the internet, which returned a lifetime of reading.

Knowledge itself has escaped the clutches of the book: i don’t know how many pages there are in that encyclopaedia, but it’s frankly a wonder that it had the subject there at all, because there is a lot of stuff to know about in the world. Architecture. Flint. The taxonomy of weeds. Airboats. How clouds work. How the Cloud works. There’s a lot of stuff with a distressing habit of changing all the time, so the internet with it’s co-created and collaboratively moderated sources of information is a boon.

But books are not about knowledge: they’re snapshots in time, stories with purpose. Viewpoints and opinions. Imagine a blog. But longer, with better editing and some cardboard covers. Make the pages out of paper and remove the hashtags and there you go: a book.

I’ve written before about the love of books and the evolution of publishing. Books are changing as our relationship with knowledge changes. There was a time (and it wasn’t that long ago) when we kept our knowledge in libraries. I even had a project once to build a library for bank, who viewed the epitome of good practice in learning to be building a library, filling it with books and some computers to access eLearning. And that was within the last twelve years. It was a nice room. I liked the colour of the paint. And the chairs. But the reality is different now.

I am a luddite in that i love paper: i read ninety five percent of all my ‘book’ length reading in hardback format, partly because of my bad habit of writing all over them, but mainly because i’m desperately in love with long bookshelves, crafted from beautiful wood, charting my journey through life. Over the holidays, four new books arrived in the post, each lovingly packaged in cardboard and bubble wrap, each unwrapped and treasured as it made it’s way into the collection.

I sat transfixed reading Terry Pratchett’s account of how he wants to die, sat in his garden with a glass of brandy, listening to his favourite music on his iPod. Or in the library if it’s raining. His British humour catching the reality of how close books are to his heart. To have a library? The pinnacle of success. One day you’ll catch me writing this blog in front of a fire, sat at an antique table on a leather armchair in my own library. Which will make a change from writing it in Starbucks.

The agile learner (and we must all strive for agility) loves books, but loves digital too. They love Twitter and Wikipedia and the million blogs that present opinions and churn information endlessly. Books are not the be all and end all of knowledge any more. But they are still in the ecosystem.

Zuckerberg is right to treasure them and right to share that thinking: #WorkingOutLoud and reflecting on how you learn is a very Social Age trait and, frankly, if he ain’t doing it what hope do us mere mortals have? And when did encouraging people to read go out of fashion?

The day i published my first book, i called myself a writer. Not the day i wrote my first blog. No, it took me two years to take the title, and only then (and still), hesitantly and with some embarrassment. I write, therefore i must be a writer, but it’s hallowed ground. It feels like an honour that should be bestowed, not a skill that i can just pick up, unguided and ungoverned. I mean, if it’s that easy to do, anyone can do it, and where will we end up then?

Writing is just the physical expression of reflection: it’s the collateral damage of thinking and storytelling. Books are just the echoes, the reflections, the fossils of lifetimes spent thinking. And sharing.

In the Social Age, we exist in a cloud: a blend of formal and social spaces, validated knowledge, supposition and outright opinion. We have blogs, wikis, social media and books, magazines and newspapers, video and podcasts, and that’s just scratching the surface. Books are not the end goal or the peak of the mountain. But they are a unique and valid story form. And they evoke love like no other.

Author, Artist, Researcher, and Founder of Sea Salt Learning. My work explores the context of the Social Age and the intersection of formal and social systems.
View all posts by julianstodd →
This entry was posted in Book and tagged Author, Blogging, Blogs, Books, Bookshelf, Facebook, Library, Love, Mark Zuckerberg, Reflection, Right to Die, terry pratchett, Wikipedia, Writing. Bookmark the permalink.

7 Responses to The Point of Books. Not just Facebook.