Quiet Leadership: Is Kindness A Friction Upon The System?

Posted on December 3, 2020 by julianstodd

Part of Social Leadership is a willingness to look inwards: to take our assumptions and explore them from different angles and perspectives. Some of that reflective work we can do ourselves, whilst for other parts, to look into our shadow, we need the help and support of others. 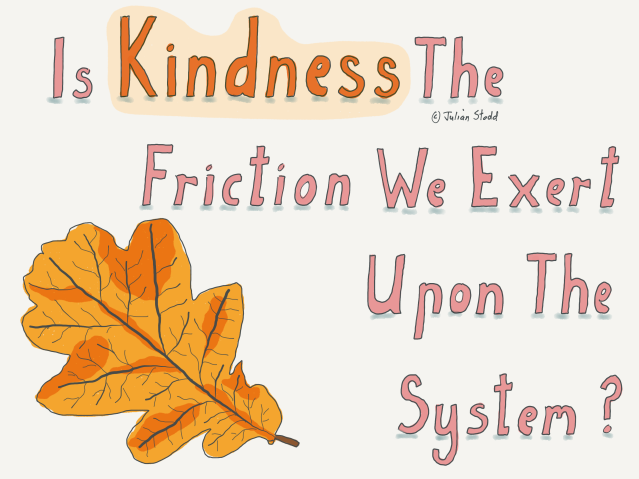 The second part of the work on Quiet Leadership that i have been sharing takes the notion of ‘Kindness’ and does just that: it does so by asking if kindness is a ‘friction’ upon the system, an idea that may feel intuitively wrong at first, but is perhaps worth exploring.

It’s based upon the idea that when we are kind, we touch the system: kindness is not thought alone, but typically action too. And when we act, we generate impact, both that which we intend, and that which we are blind to. In other words, we generate friction into the system, some of which is good (like the friction that brakes your car), and some of which is bad (like the friction that wears out your brake blocks!). Friction, in a physical sense, is just one of the mechanisms by which energy is transferred within a system: some into noise, some into heat, some into motion.

So in terms of reflective practice, we should find value in exploring this: is kindness a friction within the system, and if so, how much can we hear, see, and feel, and how much abrades things which lie out of site.

It’s a reasonable assumption that most people within any social system are kind, in their own way, and yet ‘kindness’ is often not felt universally at a cultural level, which indicates that at least some of it, for at least some of us, in at least some of the time, is felt as unintended friction. 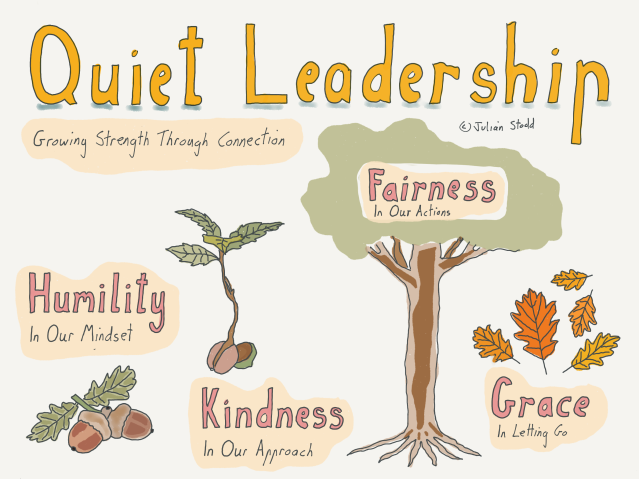 Through 2021 i am running free and open programmes around Social Leadership, for anyone in the NHS, working in NGOs, or who can commit to sharing their learning forwards into their own community. You can sign up here.

1 Response to Quiet Leadership: Is Kindness A Friction Upon The System?