There are many ways to read the current context and efforts of Organisations, but one way is this: that they are concluding the first phase of the Pandemic with a burst of industrial restructuring, and hope to emerge into the new world (some way down the line) with the ability to unlock their own latent potential. They hope to be refreshed, fit, and ready, to exploit the potential of a disrupted, and rapidly evolving, marketplace.

Covid-19 has not caused the industrial restructuring, but has radically accelerated it, as well as demonstrating that at least some parts of the older frames of understanding were outdated (such as the notion of the office, or the idea that change has to be slow).

But the transition we are on is not simply from pre-pandemic to post-pandemic world: rather it is from domain based, to Socially Dynamic, Organisation. From entities that are build upon codified strength, to ones that are built on radical connectivity, distributed sense making, experience design, deep fairness, distributed trust, and are reconfigurable to need.

Organisations are used to restructuring, but arguably the historical context was different. Industrialisation was about resource management and control, distribution networks, standardisation, scale, and quality. Globalisation was about optimisation, connection, efficiency, and scale. But the next wave of restructure is about other things: complex collaboration, constant change, exhaustion, engagement, fairness and social justice, automation, impacts of radical intelligence and AI, and so on.

We will most likely emerge in one of three states.

Some will fail to transform and hence fail: most likely these would have been transitional forms in any case. Arguably this could include supermarkets, many retail organisations, potentially parts of healthcare and financial service, and so on. Their market will be taken on by emergent players.

Some will transform, but within their existing conception of the truth: so they will be superbly adapted to a world gone by. This will likely include much of financial service, potentially automotive, publishing, education, potentially government, and so on.

Others will be transformed, and hold a new latent potential: they may look and feel much the same as the previous group, but with the caveat that they are evolved: in their DNA they are ready to perform.

This third type of Organisation, truly Socially Dynamic, will be lighter weight, reconfigurable at speed (not locked into domains), permeable to expertise, will hold both strong formal, and social, leadership, and will understand that competition itself may be outdated notion in a reconnected world. The potential is enormous.

The thing that holds us back is our ability to view the future through a distant lens, and then take the steps to get there: a dream is turned into reality by tramping through the mud.

Right now, the battle is almost certainly playing out between competing narratives, and the fight to win belief.

Who has the compelling vision, alongside the clear mechanisms for people to invest in and engage in that vision.

The future is far from certain, but a point of failure is clear.

If we want a Socially Dynamic Organisation, we will need to build it. And the greatest challenge we face may be our strength and pride from yesterday. 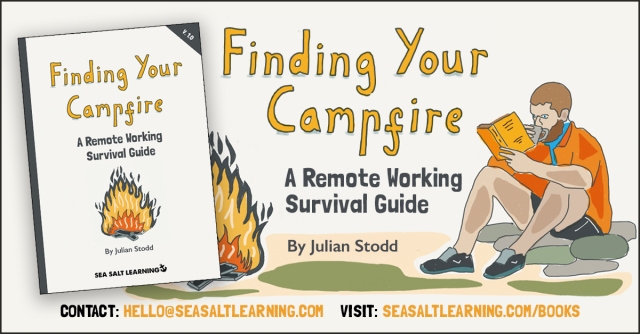