I’ve been writing about Leadership as a Social Movement, and considering how that movement is carried through a Community by waves of Storytelling. 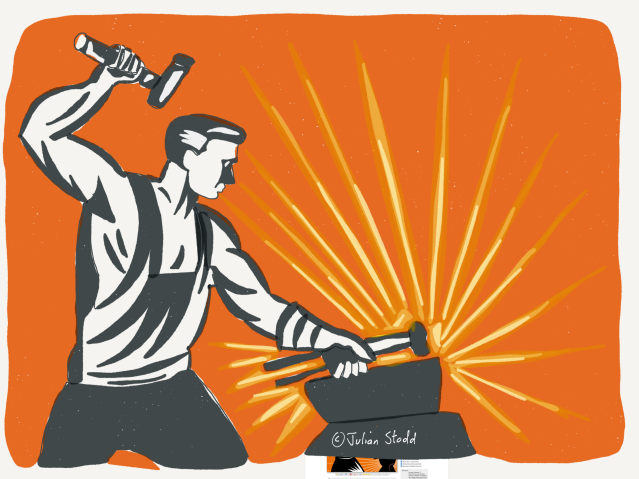 Social Leaders seek to effect change not though the application of formal power alone, imposed on a system, not by direct intervention, but rather through influence and exploration, curiosity and a humility to listen.

They seek to open up a space and support the conversation, including a willingness to interconnect between different communities, and ensure that every voice is heard.

In this sense, we can say that the role of a leader is not to write a story and hammer it into people, but perhaps rather to support them in reworking it into their own language, and whilst they do so, to invest part of themselves within it.

Transformation, at a cultural level, is carried forward through the evolution of individual action at scale. Every person operating with a an enhanced level of Individual Agency. So the best stories are not just the ones that are broadcast loudly, but rather the ones that every person can make their own.

Author, Artist, Researcher, and Founder of Sea Salt Learning. My work explores the context of the Social Age and the intersection of formal and social systems.
View all posts by julianstodd →
This entry was posted in Stories, Storytelling and tagged Change, Leadership, Social Movements, Story, storytelling. Bookmark the permalink.