I’m not totally happy with this piece yet: it’s a bit clumsy, but sharing it as part of #WorkingOutLoud. It concerns a view of change that is centred not on a focus on future state, but on fracturing an existing narrative. It was sparked by conversations about diversity and equality, and how we tackle these seemingly persistent challenges.

In the work i shared last year on the New York Dereliction Walk, i explored the idea of Dominant Narratives, and the ways that they fracture and fail. A Dominant Narrative is ‘the ways that things are’, the way that we understand is the default. For example, we have a default view that our parcel from Amazon will be delivered by a courier, but one day it may be delivered by drone. This would be a fracturing of a dominant narrative. Similarly, in 1960, homosexuality was illegal in the US and UK, but today it is not. What changed? How did the default narrative fracture? 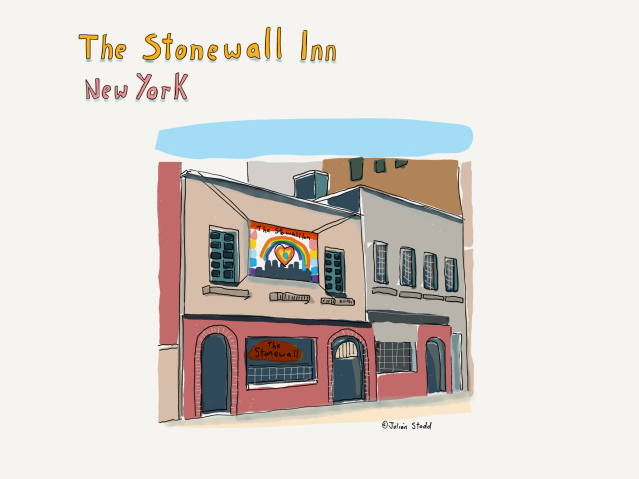 Yesterday i revisited some of the principles behind the Dereliction Walk work with the Stepping UP group in Bristol, an inspirational group of BAME leaders, seeking to drive change from within, to create systems or leadership that are more fair, more inclusive, more equal. And i talked to them about how to fracture the narrative.

It can sometimes feel as though our role is to write the new narrative: to envision the future state fully formed, to have all the answers to hand. We can come to believe that we hold all the answers, that what we need is vision and drive to deliver them. But it may be that we can be kinder to ourselves.

When we take a heavy engineering approach to change, whereby we alter the infrastructure, we redraw the hierarchy, and we impose a new truth upon the system, we are frequently met with resistance and fail.

But what if it’s enough to simply crack the existing narrative?

I suspect that this is about understanding power and constraint: if you directly oppose an existing narrative, you may aggregate oppositional power around yourself, and build a movement, but it will be held static in opposition, unless you can build overwhelming support. That’s a solid proposition, but more likely in social unrest and revolution than it is in evolving an Organisation. Even if you look at Extinction Rebellion, it does not seek to overwhelm the system, but rather to fracture the existing narrative.

Extinction Rebellion, much like the Stonewall Riots, possibly is effective because it is a broad church, and because it is built upon radically connected diverse networks.

Possibly that is the angle to pursue: diverse networks, rapid proliferation of unrest, flexible approach, and lack of formal structure.

1 Response to Fracturing the Narrative