I’m visiting my friend Imogen today, a wonderful potter, in her new studio, to discuss creating some Social Leadership leaves: these will be small ceramic pieces, representing the leaves of Social Leadership Trees, and carrying personal messages. These are pieces that i will spread and share through my community. Gifts to recognise those people who have helped me to develop my work in this area so far. 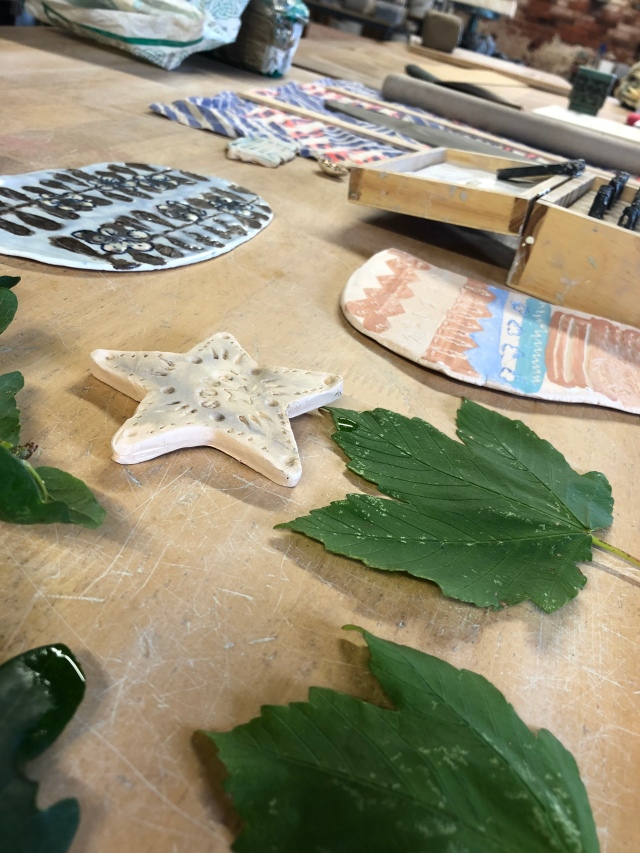 You cannot spend long exploring the Social Age, and the social community systems that comprise it, without pausing to consider the importance of tokens, totems, rituals, and gifts: terms that we can use to describe artefacts with imbued meaning, and the activities that surround their transfer.

Let’s start with a simple definition: tokens are transactional, a currency, whilst totems have imbued meaning (almost spiritual meaning). Rituals are stylised patterns of activity, typically highly contextual, and gifts are a manifestation of generosity.

Consider tokens and totems. When i order from Amazon, i get a ‘thank you for your order’ email, but when i give my nephew a present, i get a hand written ‘thank you’ card. The email from amazon is a token, transactional. The hand written card is a totem, it represents something more than the thing itself. It has additional imbued value. Many of the interactions we have within Organisations are token based: transactional receipts and currencies that permit direct recognition, or transfer. Nothing wrong with that: tokens are valuable and valued, but they are not the whole picture.

A totem represents something more: it is invested with value, imbued with meaning, which can only be understood if both parties understand the context. For example, i had a card arrive in the post a few weeks ago. A birthday card, written by a father to his daughter. But he had put the wrong address on it. Nobody of that name has ever lived in my house, so the card cannot be delivered (it has no return address). To me, the card has no meaning, because we have no shared context. For her, it would be meaningful. Indeed, i fear that she will have attached meaning to her forgetful father not sending her a card!

‘Meaning’ is a fascinating concept, when you stop to consider it. It’s not broadcast through a system (the card itself, as carried by the Royal Mail, has no ‘weight’ or mass of ‘meaning’). Rather the meaning is imbued, partly by the giver, partly by the recipient.

Funnily enough, totems are not directly impacted by money: if you spend a months salary on a ring for your partner, it may be worth less than one that you weave out of tiny flowers whilst lying together in the sun, or one that you make yourself out of silver. The value of tokens is directly transferred, whilst the value of totems is imbued.

All terribly philosophical i’m sure, but really rather significant: we care about imbued value no end. Our museums, houses, and lives, are filled with objects to which we attached meaning beyond price.

Rituals are significant too: the mechanisms of gifting, of receipt, of individual, and shared, action. Partly these are emergent, but partly they can be shaped, and partly they exist at a community level, abstracted from individual behaviour, and perpetuated by groups.

Again, rituals may be transactional (buying a coffee), but also contain totemic elements (making a perfect cinnamon heart for your favourite customer on your cappuccino). Rituals are powerful, carrying us along with their momentum. They can have a conforming effect, driving us into similar patterns of activity, which may be either good, or bad.

Finally, gifts: we are familiar with these at Christmas, or on our birthdays, but we actually exist in a broader gift culture, with offers of biscuits and coffee being equally significant. Indeed, gifts may be seen as part of the everyday social lubricant of a healthy community. A gift does not need to be caffeine based: a simple ‘thank you’ may be a gift in itself.

But back to the ceramic leaves: i describe Social Leadership as an ecosystem, a forest of Social Leaders, each taking something out of the system, each putting something back into it. I’m interested in how we can create currencies of gratitude, recognition, and thanks, using totems that are authentic, personal, and valued.

Here’s the thing: you can own a token based system, but you cannot game totemic ones. You can define structural patterns of activity, but you cannot force people to adopt it as ritual. You can spend money buying and giving things to people, but that does not make them valued gifts.

Social systems operate on social rules: value is imbued, and shared. Founded in reputation, and authentic action. But for today, i am looking forward to time spent in creating, and sharing, these first leaves of Social Leadership.

Author, Artist, Researcher, and Founder of Sea Salt Learning. My work explores the context of the Social Age and the intersection of formal and social systems.
View all posts by julianstodd →
This entry was posted in Culture and tagged Culture, Gift, Leaves, Pottery, Ritual, Social Leadership, Social Leadership Trees, Tokens, Totems. Bookmark the permalink.