A Formal Request to Change

Posted on October 5, 2015 by julianstodd

A Social model of organisational change is one that combines both formal and social elements: the formal being the organisational view and the social that of the community. It’s in the interplay between formal and social spaces that engagement occurs: engagement through involvement and co-creation, not simply hierarchical instruction. In this #WorkingOutLoud post, i’m just reflecting on the dynamics between both spaces, the formal and the social, and the mechanisms by which each expresses it’s opinion and control. 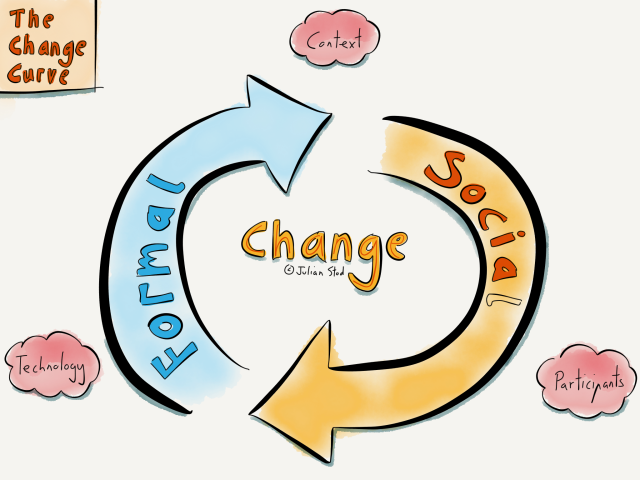 Dynamic Change, the term used within the Change Curve framework to describe organisations that are adapted for and agile in their approach to change, recognise the spectrum of conversations that take place and, indeed, engineer in the spaces and permissions for each of them to take place and be shared back into a central space. It’s this interplay between formal and social that gives the Dynamic model it’s power: a story framed by the organisation, but co-created and co-owned by the community.