The blowing of boundaries

That should have read “blurring“, but today I’m dictating the blog to my iPad for the first time. That means you’re likely to see more errors than usual. But maybe not that many. Because the technology is progressing fast, it’s better than ever… but notPerfect. 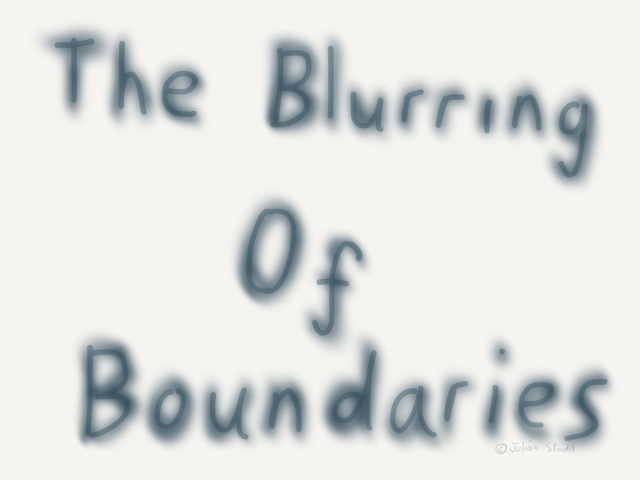 Why am I dictating it? Because I’m interested in how traditional boundaries are changing. Take the media. We used to talk about “magazines“, “television“, “cartoons“, “books “. We used to define media largely by the channel through which The story came. But in the social age stories flow across channels, they tend to be co-created over time. There was a time when we differentiated by channel because the technology required to broadcast through that channel was expensive and exclusive. To own a printing press or a TV studio was a big thing. But today the technology is democratised, it’s everywhere, it’s easy, and that’s changing the ways we create, the ways we communicate, the ways we are effective.

But this change is just mechanistic, it’s not just in the mechanical interface with technology, it changes the creative process. The ways I think when I talk to the iPad are different from those when I type. The speed is different, the responsiveness is different, right now it feels awkward. I suspect my sentence length is shorter and I’m sure the readability is Paula. Correct that to “poorer“.

All of this change adds up to more than the sum of its parts. Yesterday I talked about how we used to craft stories and then sure, but today we start with and then finish the creation. It’s a fundamental change. I had dinner with two friends with their PhD is. They have them on the bookshelf, bound and complete. Stories aren’t like that today: we create and evolve our knowledge over time, keeping it contemporary, keeping it relevant.

Notice less mistakes in that last sentence? Ok, i admit, i plugged the keyboard back in. Why? Not because the process was difficult, it’s just that now i’ve relocated to a cafe, and i’m embarrassed to talk to myself. Even when technology enables, social habits and conventions take time to catch up. I still feel awkward in my Google Glasses, but it gets easier all the time.

This is often the path: technology opens up new ways of working, some of which fit our desire for utility, others fail to drive change. Some succeed, some fail. It’s an evolutionary, iterative approach, culture that lurches forward in fits and starts.

It’s been a while since ‘writing‘ involved a pen and paper, but now it doesn’t even need a keyboard. Terry Pratchett continued to ‘write‘ by dictation long after he lost the ability to type. So we started calling it ‘writing‘ after the physical activity, but continue to call it ‘writing‘ long after the mode of production has changed. We called things ‘magazines‘ when they were physical, but now we call them ‘magazine sites‘ when they are digital. Writing, today, is more a way of thinking than a mechanical action. 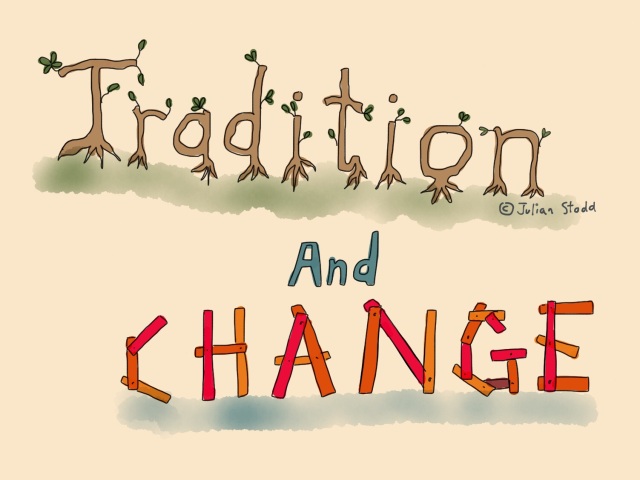 Change always involves consequence: i spoke to someone who works in corporate Comms a few months ago, at a senior level. She was pragmatic in mentioning that her job will be gone in two years: evolved, no doubt, to something new. Which is where agility comes in, both for organisations and individuals. Are you able to evolve into the new, to shape it?

As boundaries blur, opportunities abound, but only for those whose mindset is agile. Cling onto the mechanism of production as differentiator and you end up with beautiful copperplate handwriting in an age of dictation: a beautiful niche skill, but largely redundant.

Many ideas have changed in the Social Age: the idea of what it means to own a car is eroded by the multitudinous options for renting streetside cars by the minute or the mile. In Amsterdam i can use an electric car, by the hour, for short haul, or rent cars or vans by the mile. The idea of ‘work‘ has changed as i hop between creative spaces and share my ideas widely. The old world is being subsumed by change, but the ways and boundaries are not always clear. Sometimes we just have to test things out, to try, to play.

Author, Artist, Researcher, and Founder of Sea Salt Learning. My work explores the context of the Social Age and the intersection of formal and social systems.
View all posts by julianstodd →
This entry was posted in Change and tagged Adaptable, Amsterdam, Blurring, Boundaries, cars, Change, Creativity, Dictation, Driving, Evolution, Social Age, Typing, Writing. Bookmark the permalink.

4 Responses to The blowing of boundaries